The Iranian Diplomat Terrorist, Asadullah Asadi, is convicted to 20 in prison (Maximum Penalty) for plotting the bomb attack against the annual gathering of the National Council of Resistance of Iran in Paris in 2018.
History
On Juan 30, 2018 a Iranian-Belgian couple, Amir Sadouni and Nasimeh Naami, were arrested while carrying a 500g TATP bomb in their Mercedes. Their destination was the annual gathering of the Iranian resistance in Paris. In the afternoon, another terrorist, Mehrdad Arefani was arrested in the parking lot of the event. The day after, Iranian diplomat, Asadullah Asadi was arrested in Germany in his way back to Vienna, where he was serving as third councilor for the Iranian regime embassy.
Assadollah Assadi was the operational mastermind behind the attack. He relied on his diplomatic immunity, but according to the court he only enjoyed this in Austria, where he was accredited at the time. Assadi also did not engage in diplomatic activities, but ran a network of informants and mercenaries from the Iranian embassy in Vienna, which included his three co-defendants. In exchange for compensation, they had to obtain information about the Belgian branch of the MEK and pass it on to him. 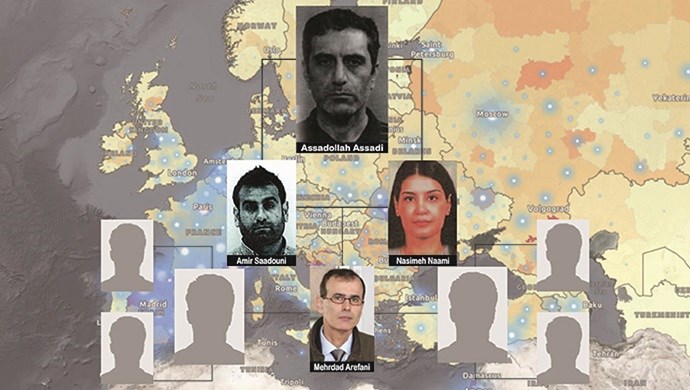 Bomb in suitcase
Assadi had taken the bomb, which was made in Iran, on a scheduled flight in his diplomatic suitcase. On June 28, 2018, he handed over the jumping gear with the necessary instructions and a fee of 18,000 euros to Amir Sadouni and Nasimeh Naami in the Grand Duchy of Luxembourg.
Terrorist group
The defendants were found guilty of attempted terrorist murder. The court also found it proven that the four defendants were part of a terrorist group located within Department 312 of the Iranian Ministry of Intelligence and Security (MOIS).
“This group was engaged in gathering information about the Iranian opposition parties to seek out targets and eventually proceed to organize an attack on their convention,” the court said. In addition to the defendants, an undetermined number of Iranian agents of the MOIS were also part of that terrorist group.
The court took the facts seriously. By attempting to attack a well-attended conference, the defendants not only undermine freedom of expression, but also undermine the sense of security of Iranian refugees seeking a safe place in the European Union.
For the couple from Wilrijk, a capital advantage of almost 265,000 euros was forfeited. For Mehrdad Arefani almost 227,600 euros.
Verdict
The Antwerp criminal court today convicted four persons of Iranian descent for their part in the foiled bombing of a meeting of the Iranian resistance movement MEK in France in 2018. Diplomat Assadollah Assadi is sentenced to 20 years in prison. Performers Amir Sadouni and Nasimeh Naami have been sentenced to 15 and 18 years in prison respectively. Mehrdad Arefani is sentenced to 17 years in prison. They also lose their Belgian nationality. 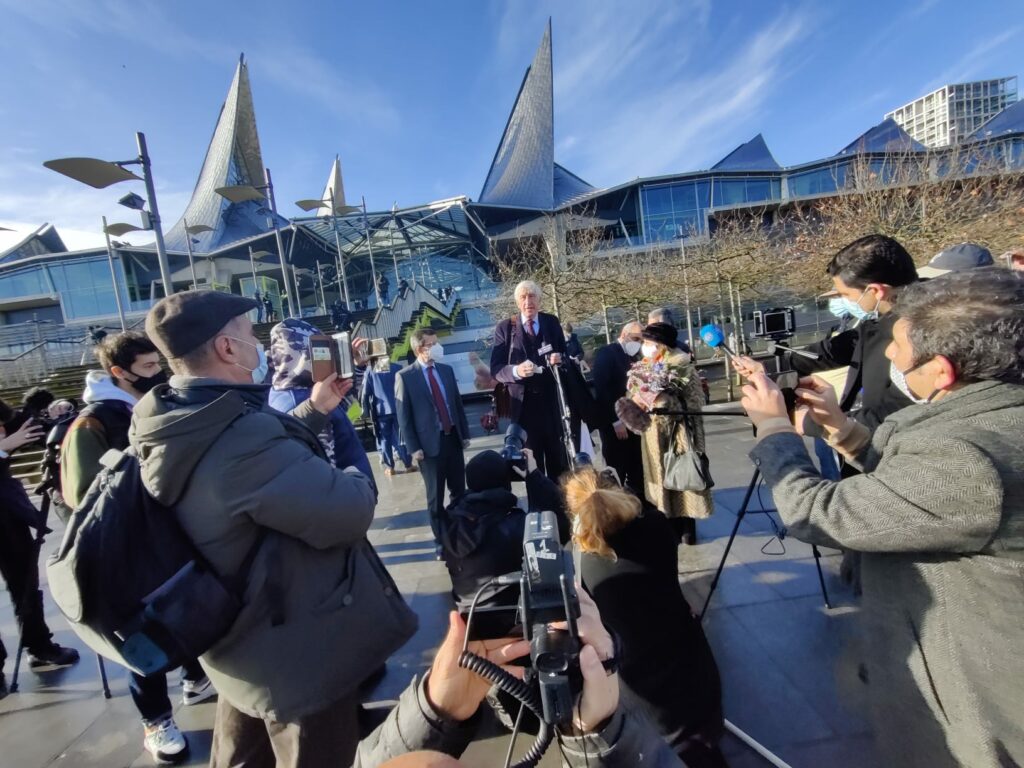 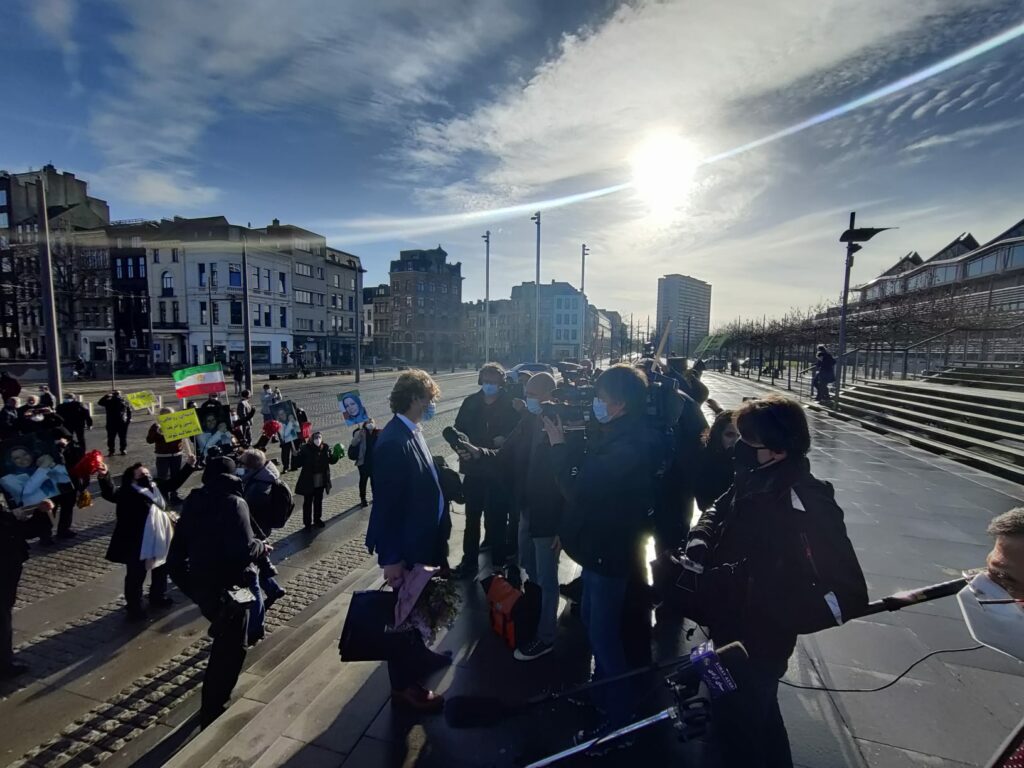 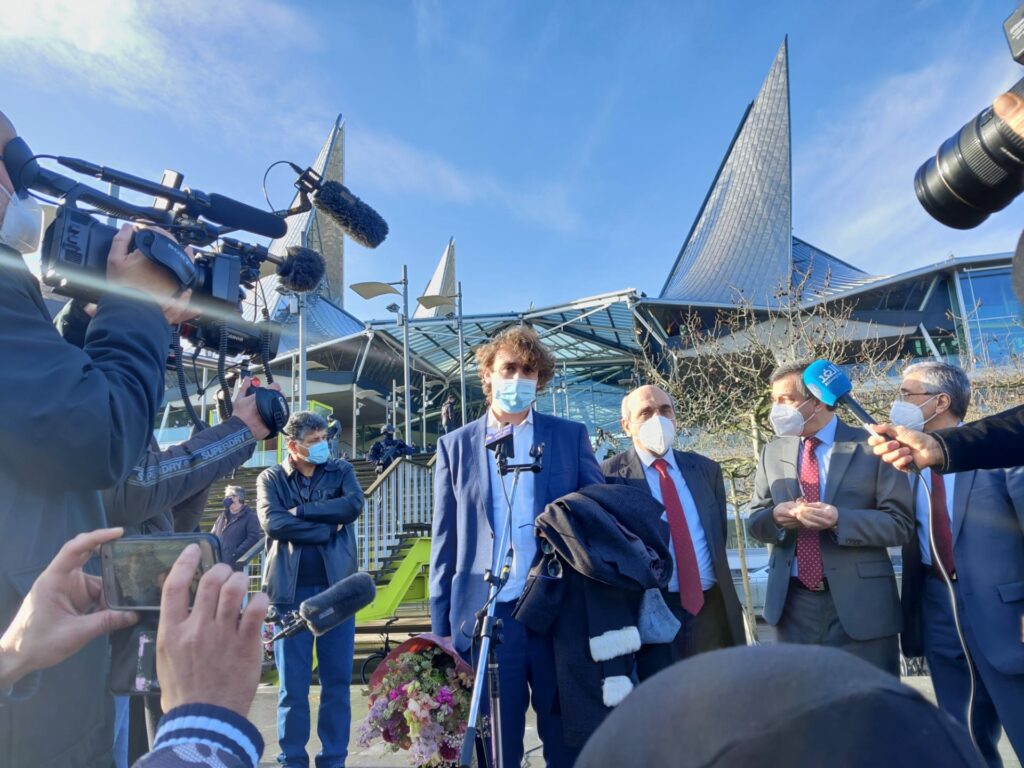 In Belgian Media
This news gets a lot of attention in Belgian Media and each agency reported drew its conclusion. De Standaard quotes the lawyer of civil parties and writes: “There is especially satisfaction with the punishment for Assadollah Asadi, who will be sentenced to 20 years in prison. “This is a symbolic case. The verdict shows that diplomats cannot do just anything and cannot commit criminal acts.”
“By attempting to attack a well-attended conference, the defendants not only undermine freedom of expression, but also undermine the sense of security of Iranian refugees seeking safe haven in the European Union” HLN writes.
De Morgen adds: “Assadollah A. is said to have run a network of informants from Vienna. Amir S., Nasimeh N. and Mehrdad A. had to obtain information about the Belgian branch of the MEK in exchange for a fee and pass it on to him.
La Libre explains that Iran’s hand is visible on numerous occasions in the dossier: preparatory meetings, the making of the bomb, financial transfers from Iran. Addressing the Federal Prosecutor’s Office in a letter on file, the head of State Security Jaak Raas considered that “the attack project was conceived in the name of Iran, and under its leadership”.
Le Soir reminds about the green booklet in Assadi’s car and restate that Assadi, third counselor at the Iranian embassy in Vienna at the time, was working for the Iranian Ministry of Intelligence and Security (MOIS). In his car was found a booklet listing nearly 300 places in a dozen European countries, including Médiacité, in Liège. His defense had argued only on diplomatic immunity, arguing that he could not be convicted. The judgment finds him wrong, recalling that it is a matter of functional immunity and not of immunity because he is a diplomat. In another article Le Soir calls the trail a trap for the Iranian regime under the title of “Tehran’s regime caught up in the bag”.
Nieuwsblad raises the lawyer hopes for a strong signal from Belgium against the practices of the Iranian regime in Europe. “An enormous bloodshed has been prevented here. This case is of enormous relevance, not only for our country but for Europe. We can say here together: we are not participating in this. It is really a matter of ‘good little Belgium’. This is a symbol file in which international treaties have been manifestly abused, whereby a secret agent could go about his business for years.”

Brussels Times concludes that this lawsuit signifies a historic event, as it is the first trial of an Iranian official for suspected terrorism in the European Union since Iran’s 1979 revolution, causing tension with Europe.
EU Reporter quotes the president-elect of the National Council of Resistance of Iran, Maryam Rajavi, who describes the trail as a brilliant victory for the people and resistance of Iran and a heavy political and diplomatic defeat for the regime.

20 years in prison for Iranian top spy in our country: bomber wanted to commit an attack in Paris

An attack conceived in Iran, prepared in Belgium, which was to strike in France: 20 years for the Iranian “diplomat”

Tehran’s regime caught up in the bag

Besides the above mentioned, the trail was part of the news broadcasts in various Belgian channels.
Dozens of the supporters of the National Council of Resistance of Iran gathered in front of the Antwerp court and celebrated the court decision, they were chanting, and praising this achievement as most of them were targets of this foiled terror attack and were happy to see Justice prevailed.