Today, February 22, 2021, despite coronavirus restrictions, a group of Iranians, supporters of the National Council of Resistance of Iran (NCRI) rallied in front of the European Union headquarters in Brussels to protest the appeasment policy and called for the reinstation of United Nations Security Council resolutions to halt the Iranian regime’s nuclear program. They are calling on the European Union to shut down the Iranian regime’s embassies, which are terrorism centers in Europe, they ask to expel Iranian regime’s diplomats and mercenaries from Europe. In their slogans, the demonstrators expressed their support for the Iranian people and the resistance units for regime change in Iran. 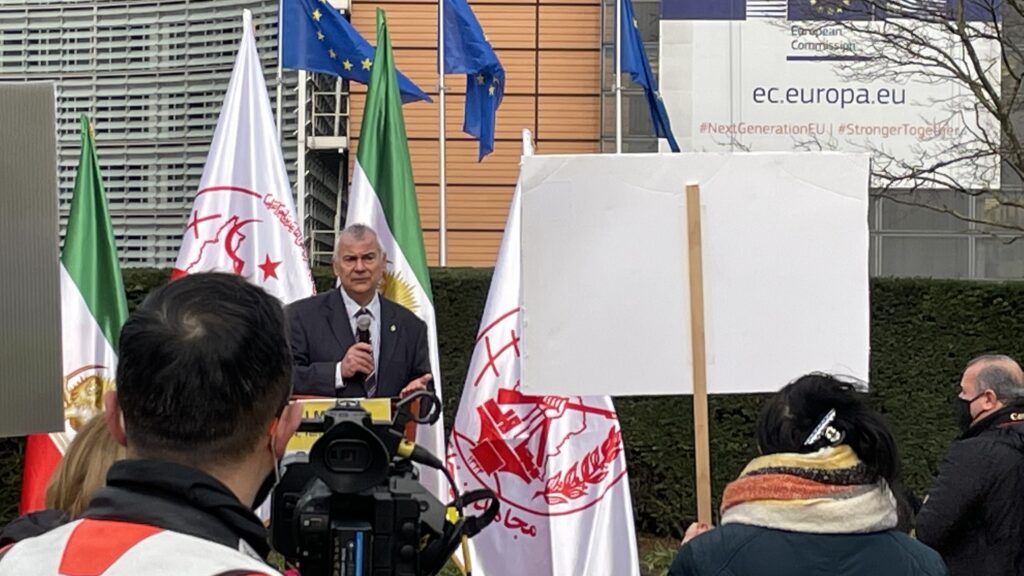 Paolo Casaca, a former member of European Parliament and a supporter of the Resistance of Iran, appeared at the demonstrators and expressed his solidarity with the Iranian people and their resistance, It is the first time that a Iranian regime diplomat had been convicted for terrorism in a European court, and that Europe should end the appeasement policy towards the Iranian regime for terrorism on European soil and for violating the nuclear deal.

Dr. Massoud Kashefi, a supporter of the National Council of Resistance of Iran pointed to the historic ruling of the Belgian court and concluded that all European and American politicians have found that with the JCPOA 2015 they cannot prevent regional interference and The regime’s missiles program. The Iranian resistance will not allow appeasers to open negotiations for their own personal interests on the human rights of the people of Iran, he added. The security of Iran, the Middle East and the world peace will not be achieved by wasting time and meeting with blackmail killers. 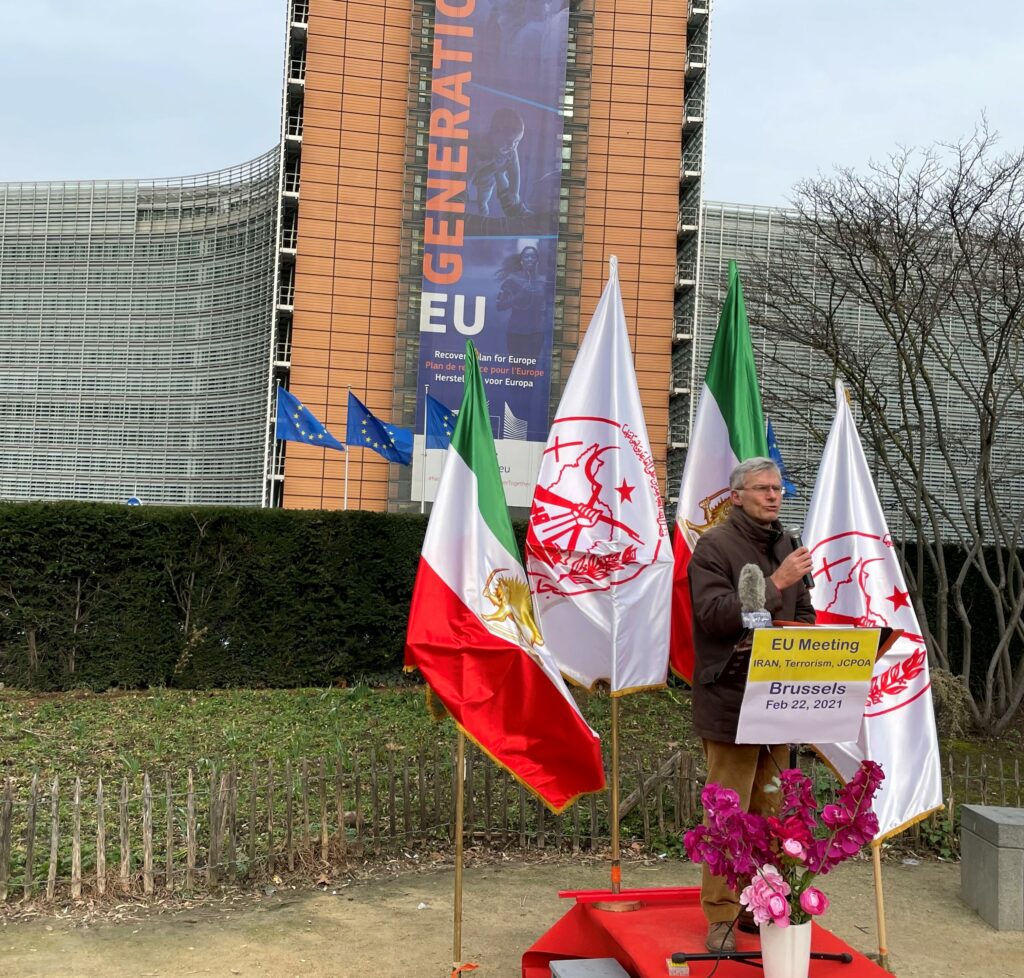 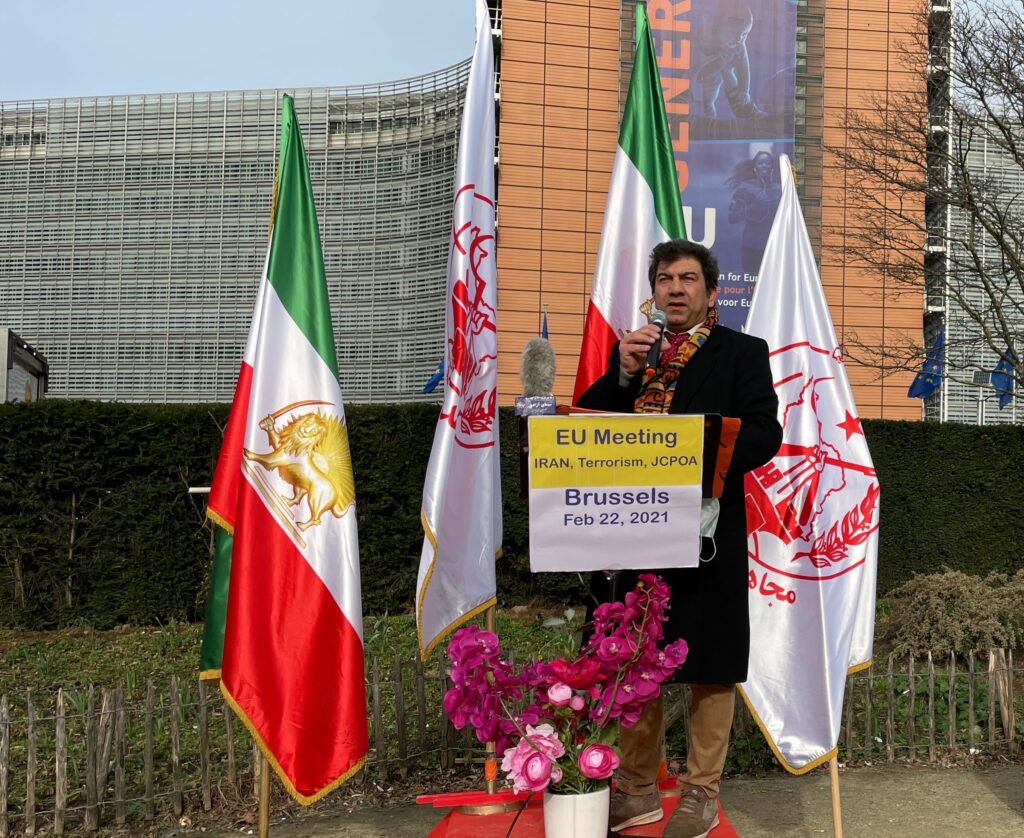 Mr. Mark Demesmaeker (Belgian senator) and Mr. Gobelt (a member of the Belgian Parliament) also sent letters to the Belgian foreign Minister, Mrs. Sophie Wilmes, and to the European Union. They sent these letters to be read on the rally to express their supports of the Iranian community and supporters of the National Council of Resistance in Brussels, where they raised concerns about holding an economic summit with the Iranian regime after the conviction of its diplomat, and found such relations unjustifiable. In their messages, the Belgian Senator and MP express that the regime’s terrorism includes not only one individual but also the Iranian regime in total, and that the order was issued by the regime’s highest officials, including Ali Khamenei, Hassan Rouhani, Javad Zarif, and Mahmoud Alavi, and that it is impossible that Iranian regime’s Minister of foreign affairs was not involved in the terrorist plot.

A large number of international and local media such as Reuters, The Associated Press, The Associated Press of the Middle East, Al-Ekhbariya, Al-Qadr, EPA, Anatolia Turkey, Hans News France, and belgium’s official news agency-Belga news agency- sent their cameramen, photographers and reporters to the scene to make reports about the demands of the Iranian people and their resistance.